Washington State Senator Patty ‘Babykiller’ Murray (D), who claims to be Catholic, led the Democrat effort in defeating a Republican effort that would require lifesaving medical care be given babies born alive during an abortion just as would any ‘wanted’ child born at risk.

This at a time when new polls indicate that over 80% of Americans believe the Democrats position on Life issues is ‘too extreme’. Many Democrats are now identifying as Pro-Life.

Cold, callus, uncivilized baby killers. We sacrifice our offspring because they are an annoying nuisance; an ‘inconvenient truth’. This is what we have become as a society.

And we must turn it around if we are to survive.

What the Senate vote on February 25, 2019 provided is a roll call list by name of those Democrats who voted to deny care to infants born alive during an abortion. Among them I am ashamed to say, are the two Senators from Washington State: Patty Murray and Maria Cantwell. Both claiming to be Catholic.

The vote also illustrates the need to vote Republican in 2020, including and most especially, the re-election of President Donald Trump who has proven himself repeatedly to be the first truly Pro-Life president this nation has ever had.

This then is our mandate from God in order to protect and save those made in His image. 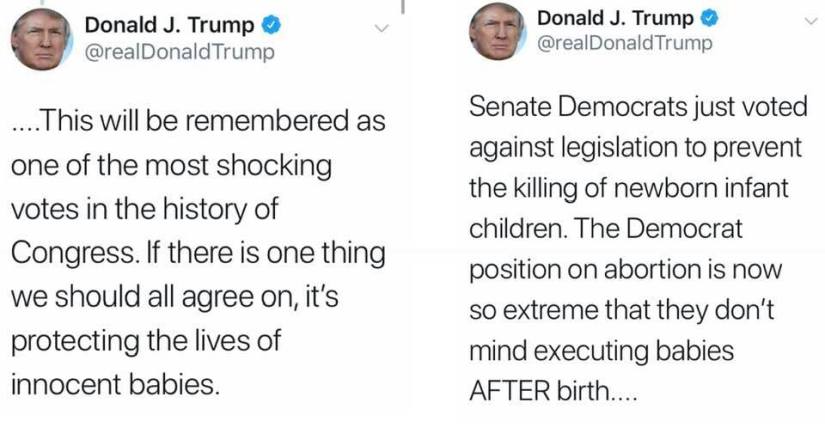